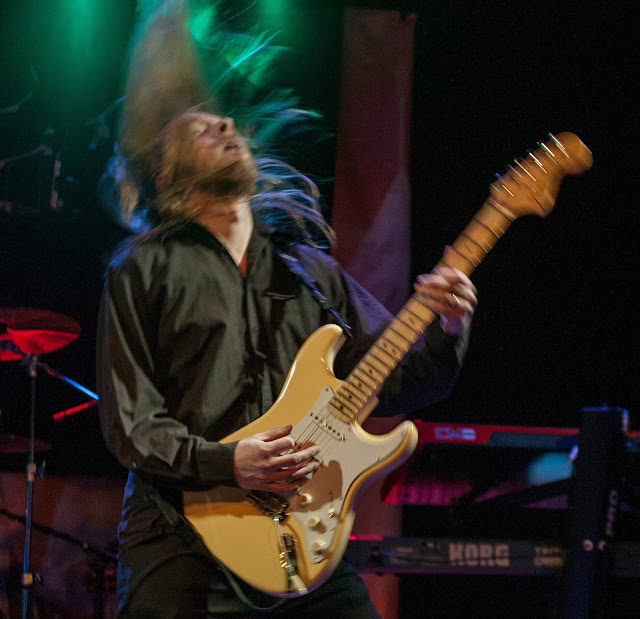 Elmo Karjalainen gitarist and composer. I have always been interested in those musicians, composers who are able to speak in language of music fluently. I feel theirs thoughts and I understand theirs words, sentences… I hope! ….but the most beautiful then these words get theirs tone and purport with theirs instruments. Elmo Karjalainen is a great one of them! Elmo, you are welcome to Gitarvilagok.hu and thank you very much to accept my invitation.


First I would like to talk about your topicality! „Age of Heroes”! Soon your new album will be released! Nowadays This album is the best what I heard. It is diffrent from the everyday directions of guitar music! Extrem border-lines! Light and very very hard play at the same time….was it a main conception?
I had the idea to make an album that combines extreme playing with melody and feeling. I really love Yngwie Malmsteen and all those shred guys, which is the extreme side of it. I was also in a few competitions last year which meant I practiced more than usual, and I had a real shred phase going on. But at the same time I love Jeff Beck, Pat Metheny, the slow stuff by Devin Townsend (plus his heavy stuff of course) and all kinds of other music that has an emphasis on feel and/or melody, and I wanted that to come through as well.

One thing I also wanted was to make an album that’s not edited to death, and not played again and again in the studio, until it’s „perfect”. Nothing is perfect anyway, or if it is it’s only perfect through its imperfections. Editing a lot and aiming for perfection is a sure way to suck the life out of a recording. I hear a lot of bands nowadays that sound really good, the production is nice, everything is nice, but still there’s nothing there. 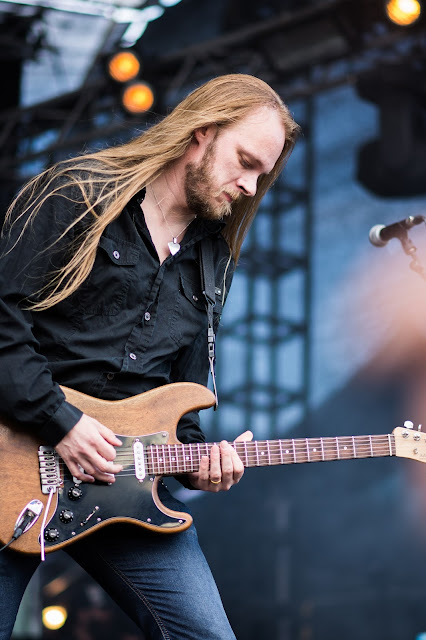 After a couple of minutes I don’t know which band I’m listening to, because it sounds so much like a ton of other bands. There’s nothing to distinguish a lot of new bands from each other. Same sounds, and no human element. Listen to Deep Purple and Led Zeppelin, and they both sound great, but different. Jeff Beck is no machine. Yngwie Malmsteen can play really sloppy stuff, even on his records, and his production isn’t always the best. Meshuggah sound different, and Opeth has gone for an old school approach with sounds. So I use old Marshalls, I don’t edit, other than to fix terrible mistakes in takes that were otherwise great, I don’t plan my solos too much, I improvise them, and even though I use programmed drums (living in a small town means there’s not a ton of drummers to choose from) in about half of the songs, it all leads to something more human and recognisable than many of the new things coming out today, especially among shredders.

Elmo, I don”t want to be a waylayer but Is your life tipical of this?

Musically I’m a bit of a split personality. I’m also that way when it comes to sport. I play football (soccer for those of you who have a funny idea of football), and I’m really competitive, so much so that I got the nickname „The Animal” from the rest of the lads. In regular life I’m very calm. Maybe that’s something that shows in my music as well. Also, I’ve noticed that when I get angry, I get really angry. Luckily that’s very rare.

I have to say….It is very hard thing to ambrace whole style of music perfectly! From hard or heavy to everywhere…Why have you choosen this way?
It’s like I said, I like so many different styles of music, that it will all come out in some way. In a way I didn’t choose this way, it chose me. What happens is that I get bored doing just one thing for long periods. I started out wanting to be Gary Moore, Steve Vai or Yngwie, but I’ve later realized that all along I was also listening to really calm music. That’s kind of escalated to where I can listen to Meshuggah one minute, and a really calm Pat Metheny thing the next. For me they balance each other. I still want to be Yngwie though! Haw haw!

Elmo, As I think….Every work has a main aim. What is your one with „Age of Heroes”? 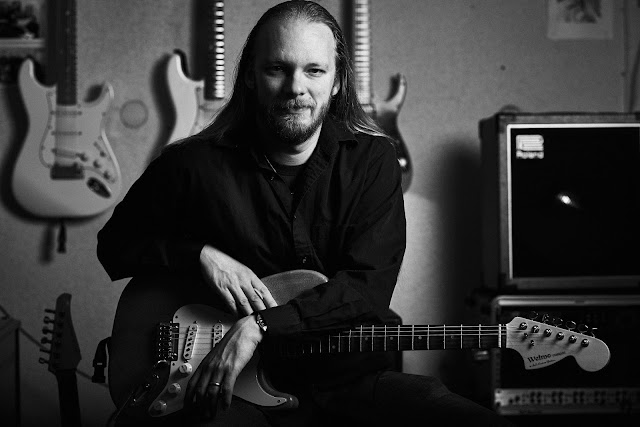 To become a world famous rock star! Haa haa! I tried to push the boundaries. I wanted more extreme playing, heavier sounds, more brutal stuff, but I also wanted to marry those things with melodies, feelings, and music that breathes life. A lot of shred stuff doesn’t do that. Subconsciously I think I wanted to combine shred guitar with some extreme stuff, and marry those to an old school approach where the music is alive. Kind of like a live album in the studio...with a drum machine!

Sound and tone. Very important question! Could you say something about your actual rig?

I use strats that I send via a Fender YJM overdrive into a Marshall 1987X head, and from that into a Marshall cab with Greenbacks. I record it with an AKG C414 (polar pattern 8) in a very small room to avoid the room sound. Then I add delay in the mix and EQ it depending on the song. This time I used a regular Marshall cab for rhythm sounds to make it a bit different. I also have the Fractal Audio Axe-FX II, which I sometimes use live. I’ve modelled my studio sound with that, and it’s really close. I used it for two or three songs on the album. The Marshall is still better though. For rhythm, and occasional leads I might use an Ibanez Universe, especially if I need 7 strings. I also have a Schecter 7 string tuned to open C, with a low G for the really heavy stuff.

Finally, I would like to congratulate on you, your play, your work!!! Plans!

This album has really left me tired. Doing all the marketing and promotion after you’ve written, recorded and mixed the whole thing is seriously not fun. I enjoy interacting with fans, and some people who review albums are really nice. But mostly you sit around sending tons of emails, and get very few replies. 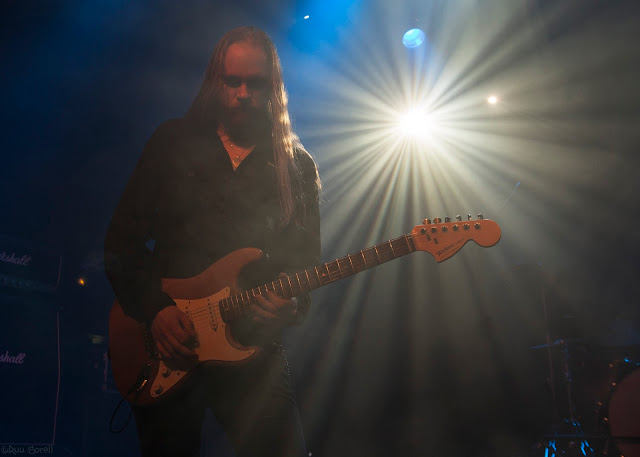 So I guess I need a holiday. It doesn’t look like I’ll get one though. I have the second acoustic album written, and I’ll record that some time this year. I have a project going called „Rising Horse”, which is basically my material with vocals. It’s more traditional neo classical and metal. On top of that I play in Kilpi (which is making new music at the moment) and Helena & Kalevi, plus Seagrave. So there really is a ton to do. On top of that I have been considering putting together some kind of band around this solo thing. At the very least I need to do a few shows with backing tracks. Financially a band playing this kind of stuff is a bit difficult, so it might be I’ll only do shows with backing tracks. I also do solo acoustic shows, so it doesn’t look like I’ll get a holiday.


Have a nice day

Elmo, thank you very much, all the best!!!

Thank you very much Udy. 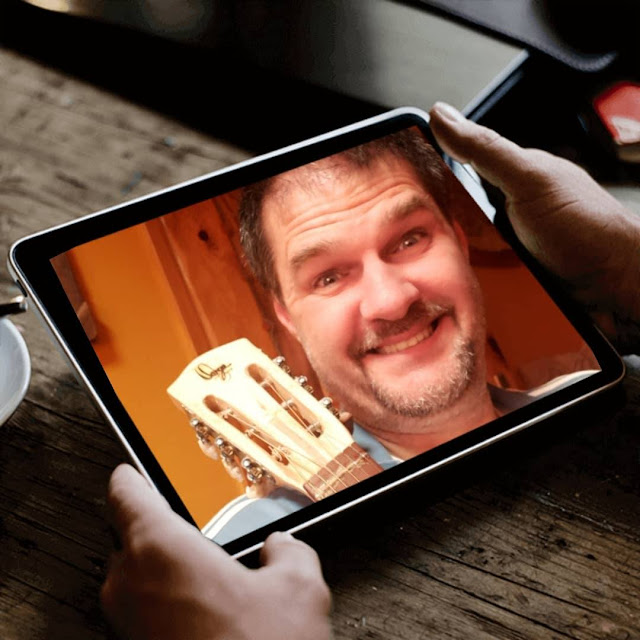 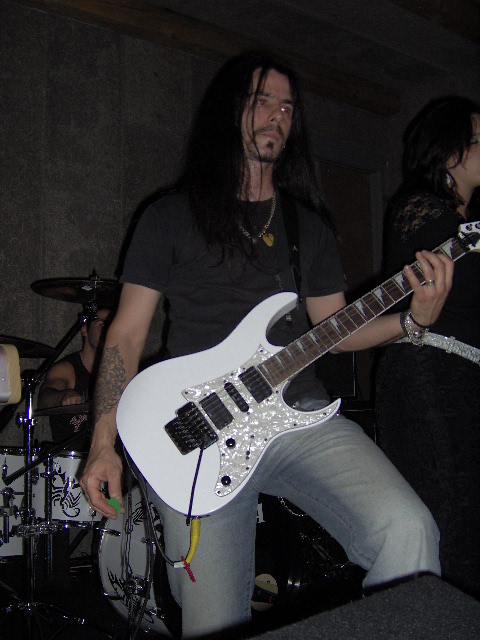 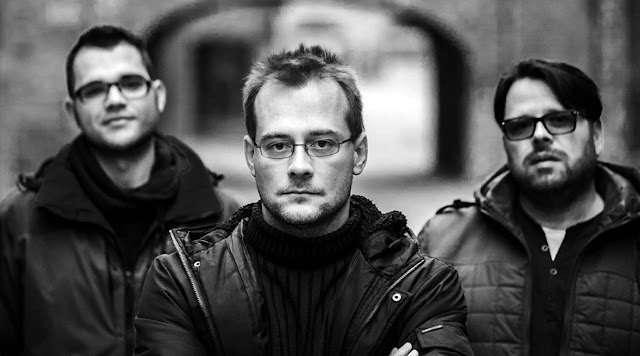