Jack Gillen, guitarist. Should I have added „jazz”? Maybe. I am sure, the jazz is the best way to play the most beautiful themes about life! The jazz gives us everything what the music, what the instruments is able to do. Yes, Jack is a jazz guitarist. It is not a bar, this is the freedom of music, as I think! Jack, congratulate on your play! Jack Gillen, please, say something about yourself?

First of all thank you for the kind words! I’m a professional guitarist from London. I started playing classical guitar when I was 7 or 8, and was pretty hooked on it from the beginning. Classical guitar remained my main focus until about the age of 15 when I became obsessed with Jimi Hendrix, which was a bit of a gateway for me to get deeper into the blues, which then led me to Jazz. After studying Jazz at Leeds College of Music for 3 years I moved back to London, and have been working in the music scene here ever since! I’d say my playing is rooted in blues and soul, but is sort of filtered through a jazz lens as well.

As I listen „Here's That Rainy Day”. This song is full of soul, full of music! Great! What is the secret of your play?

I'm glad you enjoyed it! I listened to lots of different versions of ‘Here’s That Rainy Day’, and payed attention to all of the different ways of interpreting the harmony and the melody - two of my favourites were the Nat King Cole version and the Paul Desmond/Jim Hall version. I also learnt the lyrics. In general when I’m learning a Jazz standard I try to check out a few contrasting versions, and especially try to track down the original/ earliest version of the song I can find, which in this case is sung by Dolores Gray. It’s always interesting to see how the songs have morphed since their first incarnation, and a lot of the time there are some really interesting things going on in the original versions that get lost along the way. (Check out the last 4 bars of the form in the original ‘All Of Me’ by Ruth Etting - this is a good example of a beautiful moment in a song that you don’t really hear in later versions!) I think doing this extra work helps to give you a bit of a deeper understanding of the song, and gives you more informed options when you come to crafting your own interpretation.

Jack, what about jazz?

What I love about Jazz is the freedom - it’s a music where the individual can really express their own voice, and the only limit is their imagination. When you’re listening to a great improviser there is always the feeling that anything can happen, and in terms of the original music coming out of the Jazz world, it’s pretty wide open stylistically at this point. Along side this personal freedom though it’s the interaction and connection between musicians that I love to hear - there aren’t many things more exciting than hearing masterful musicians having a musical conversation! 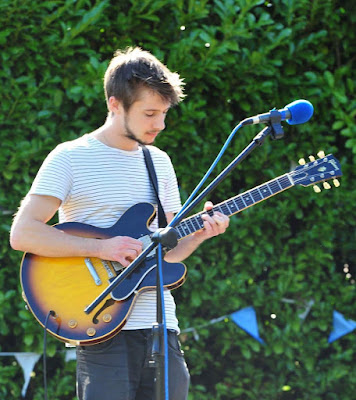 I love lots of different kinds of music and I try to be open to everything. For example, I’ve recently been listening to Brad Mehldau, Bon Iver, The Bad Plus, Ahmad Jamal, Beethoven, Dvořák, Solange, Childish Gambino and Blake Mills, just to name a few! If I get burnt out from listening to one type of music for too long a period of time, there will always be something different that I can check out that will excite me. I’m also of the opinion that everything you listen to (if it connects with you), will stay with you, and will manifest it’s self somehow in your musical expression - I think it’s quite a cool thing that my musical output will be informed by so many different flavours, and I’d say this is fairly common with musicians of my generation, as we all are used to having such easy access to huge libraries of incredibly varied music online. The only danger is that it’s easy to flit between lots of different things and not get deeply into any of them, so if I find an album that connects with me I try to commit my self to staying with it for a while, and really getting to know it.

What I think or feel, I would like to show to everybody. The guitar is one of the best tools to do this. How do you see it?

I agree, the guitar (or any instrument for that matter) should be a tool for expression - it can be easy to forget this sometimes when you’re working hard on some new cool sounding chord voicing or scale, but we should always remind ourselves that these things are just tools to express something!

Jack, what is your actual project?

At the moment I’m composing every day, and am planning to get my own band up and running very soon. It’s going to be instrumental music that features plenty of improvisation and interaction but isn’t necessarily jazz - hopefully it will combine elements of all the music that I love, and will somehow work! I’m also aiming to release regular YouTube videos, which will be my own arrangements of Jazz tunes and pop tunes, as well as some improvisations, and possibly some transcriptions (I’m currently working on Coltrane’s solo on ‘Moments Notice’, so if I ever nail that then I’ll record it and post it.) I didn’t post anything last month as I was so busy but I’m going to try my hardest to get back into it - please subscribe to JackGillenGuitar if you’d like to hear what I’m doing! I also work closely with an incredible singer songwriter called Stella Angelika - she’s definitely one to watch as there will be lots of great soulful music being released soon.

Jack, guitars, amps! Everything what we would know about these!

My two main electric guitars are a Fender Stratocaster and a Gibson 335. The Stratocaster is an American Deluxe that I’ve had since I was 15 or 16 - I can’t remember exactly what year it was made but around 2007 or earlier. I’ve messed about with different pickup combinations quite a bit since then - the original noiseless pickups didn’t have enough of the classic ‘chime’ for me so they’re all vintage style single coils now, with a slightly hotter bridge pickup. I also tried a P90 in the bridge at one point, which was pretty cool but just a bit too different from the other pickups. 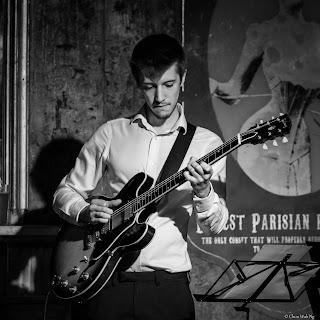 The 335 is a custom shop ’58 reissue - it’s got a very fat neck which took some getting used to but I love it now. I got this guitar around the time I was getting into Jazz as I thought I needed a ‘jazzier’ guitar, and I’m also a huge B.B. King fan so that was another factor. I tried out about 7 or 8 custom shop Gibson 335’s in the shop, and this one was by far the best - it’s probably my nicest guitar, but I still have a huge soft spot for the Stratocaster, so I go back and forth between the two guitars.
My main amp is a Headstrong Lil’ King-S, which I believe is basically a more powerful Fender Princeton. It’s hand made by an American company and is a beautiful sounding amplifier, but it’s actually in need of a repair at the moment. While it’s out of action I’ve been using the BluGuitar AMP1 which is also a great sounding amp, and is really great for gigging with as it’s so easily transportable! I’m putting it through a 1x12 Two Rock speaker. I also play a mahogany Atkin acoustic steel string, which is a beautiful guitar hand made in England.

My plans at the moment are to compose lots of music, and to get my own band up and running! Apart from this I’m just going to work hard on the projects I’ve already got going on, keep practicing, and keep on creating and sharing music with people.

Jack, thank you very very much for your interwiev! 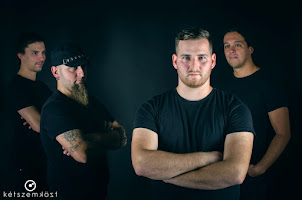 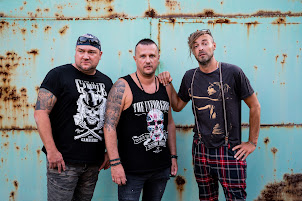 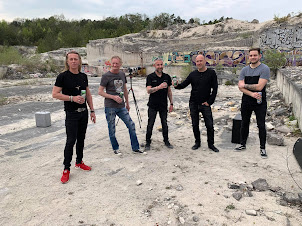 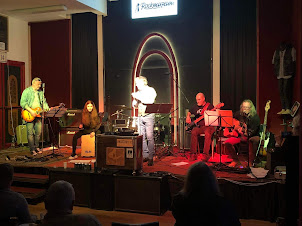 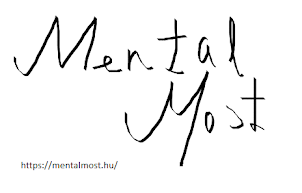